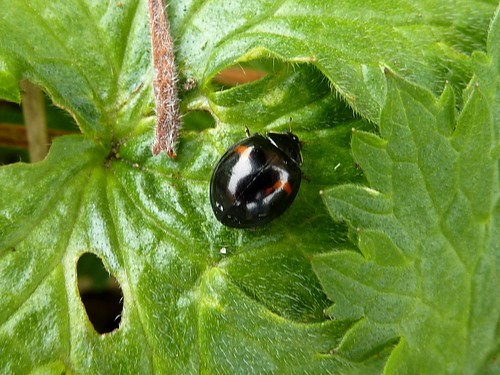 An inside out ladybird! Just the colour scheme, obviously ;) This appears to be ladybird season, there were loads on the geraniums this week, of many different sorts.

Took some more pictures of the flowerbeds too - not quite my every-week plan, last Friday's monster hangover ruined that ;) But you can see how much everything has grown in 2 weeks for instance this is the righthand side of the big flowerbed now, as compared to before - the geraniums are starting to aim for world domination. There's also a few more pictures - including the forsythia at its best, and a caterpillar.