This is the image I am currently using as my desktop background, it's made from 3 pictures I took in the Japanese Galleries at the British Museum on Monday. In the middle is Monju Bosatsu (Boddhisatva Manjusri), whose lion roars with the sound of Buddhist law. To the left is the deity Fudõ Myõ-õ whose fierce appearance shows his intolerance of wickedness. To the right is Aizen Myõ-õ who has the power to crush desire. 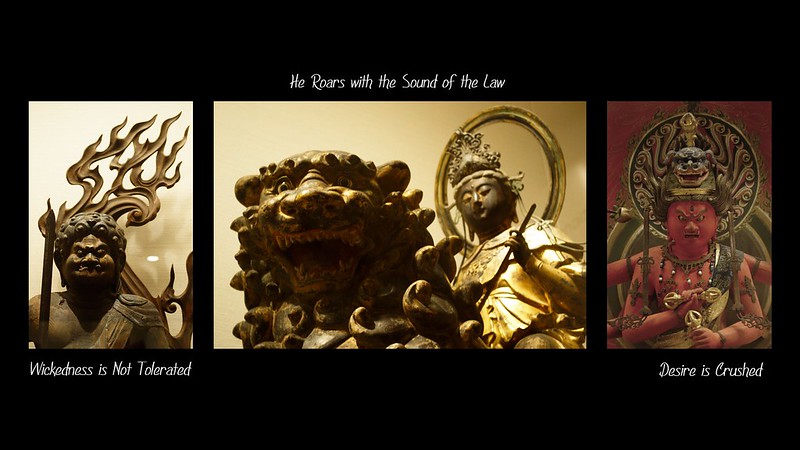 I've put more pictures from the Japanese galleries up on flickr, here.
Collapse