The cycling race the Tour of Britain started its first leg in Ipswich down at the Waterfront area on Sunday, so we got up early and headed down there to have a look and to take a few photos. We should probably have gone down quite a lot earlier than we did, as by the time we got there half an hour before the start it was really very busy. Eventually we managed to find a spot where we could see and I could kinda almost get some pictures!

To be honest, I'm not 100% happy with any of the photos. But some have come out well enough to share & I've put them up on flickr, here, and below are a few taster images.

Just before the race started they had some people cycle round that bit of the route - advertising cycling clubs I think. And the actual racers were also riding up & down a bit to warm-up. 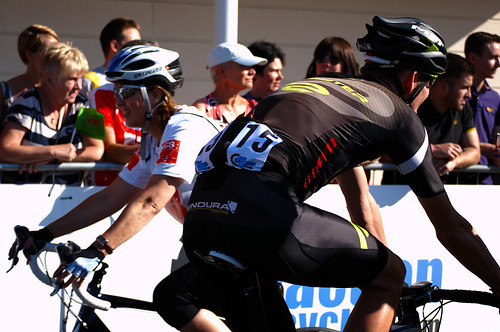 Then it was time for the race! 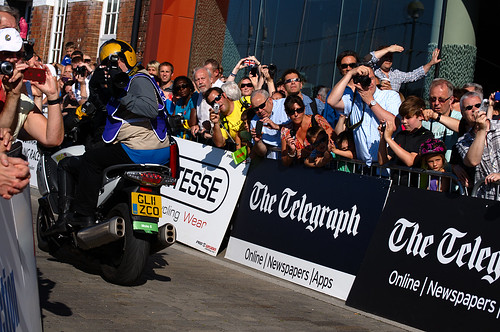 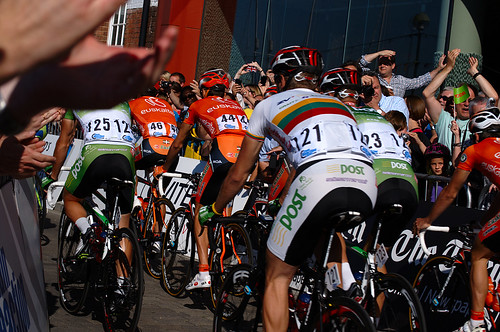 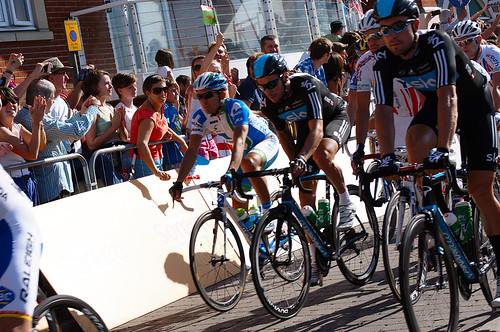 Afterwards we headed into town to get some breakfast, and noticed that there was a "fun ride" type thing going on round the town centre: 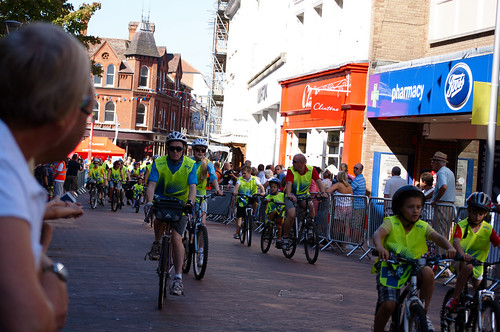