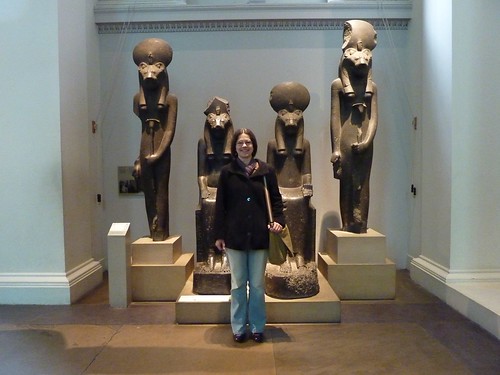 These pics from our most recent museum trip should've been up yesterday, but it took a lot longer to sort them out than I'd anticipated (always the case, I should learn that!). So there's a whole batch (80 or so) up on flickr, obviously I think they're all worth looking at otherwise I wouldn't have put them online. But a few highlights include one of the few surviving grenade launchers from the 16th Century, a frankly bizarre treatment for bruises, modern and old meeting house carvings from New Zealand, the Easter Island statue, the hilt of the Sutton Hoo sword (there had to be a sword in there, of course!), the really rather realistic lion carvings, and the less plausible rhino and monkeys. And J in his element :)