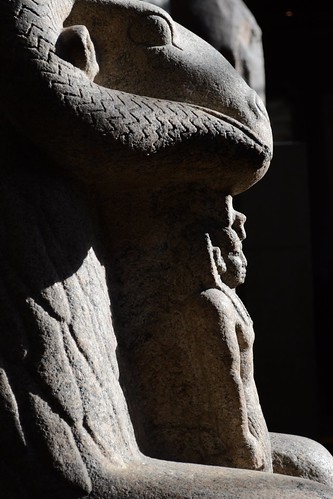 Pictures from our recent British Museum trip are now up on flickr. Some Greek stuff, some African stuff, some Egyptian stuff, and some from the Islamic World gallery. Mostly photos for the sake of photos, rather than informative :)

I was particularly pleased with how the handful of pics I took in the Egyptian gallery came out (of which this post has one) - there was sunlight coming in through the windows of the gallery and some of the statues were really well shown off by the contrast between the light and shade. On the other hand, having complained the other day about the depth of field in one of the TV programmes we watched it was a little annoying to go through the photos yesterday and discover that mostly I'd used way too wide an aperture on several of them, so there wasn't enough in focus for the photo to work. Ah well, next time I shall know better :)